The White Tiger By Aravind Adiga

If slavery is not wrong, nothing is wrong.-- Abraham Lincoln.

Last year we Indians proudly celebrated our 60 years of Independence.We feel proud to be a citizen of  the greatest democracy in the world and our hearts swell with patriotism..We all say "Proud to be an Indian" ..But is India,a free country today ? Or all our patriotism has only confined to some world cup moments or Kargil victory moments ? "The White Tiger" is a very good answer for these questions.
I hesitate to pick up award winning books.But Aravind Adiga's "The White Tiger" gave me a  different reading experience.It has won the prestigious Man Booker Prize for the year 2008 in fiction which depicts the corruption in India.The protagonist Balram Halwai uraf Munna,is a car driver.His character is the  reflection of every youngster below poverty line,striving for his 'right to live'.The story begins as Balram narrates a letter to the President of China,Mr.Wen Jiabao about Entrepreneurship in India.

Balram is a poor rickshaw puller's son who lives in a village called Lakshmangarh near Gaya.His thoughts are always focused on the inequalities between rich and the poor.Dropping his education in the middle,he works in a tea shop and afterwards he joins as a driver in a rich land lord in Dhanbad..Except his nice master Mr.Ashok (Stork's second son),he introduces all his masters by nicknames like Stork/ Mongoose/Buffalo.The innocent driver moves to Delhi along with his master Ashok and his wife Pinky..There he get influenced by the social and political environment in Delhi..By closely observing the darker sides of luxurious metro living, he longs for the comfortable life style of the rich..His passion to break the so called "Rooster Coop"(the servant classes) forces him to commit a crime..Finally he goes completely insane and kills his master Ashok.The journey of Balram from an innocent driver raising to a great entrepreneur in Bangalore is very interesting till the end.

The moment you recognize what is beautiful in this world,you stop being a slave.

Mr.Premier ! Fully formed fellows,after 12 years of school and 3 years of university,wear nice suits,join companies,and take orders from other men for the rest of their lives.Entrepreneurs are made from half-baked clay.

What is the use of winning a battle when you don't even know that there is a war going on ?

I don't exactly know how you organize your servants in China.But in India-or at least in the Darkness-the rich don't have drivers,cooks,barbers and tailors.They simply have servants.

"Nobody is born a criminal",Balaram's story is a good example for this fact..It also proves that situations are responsible for human behaviour.Though Balram's journey is full of struggles,he narrates his story in a witty manner.The two main characters Ashok and Balram appear to be the representatives of the two classes rich and poor respectively.Initially Ashok comes from America as a good person but the negative side of the capital city persuades him to be corrupted..On the other hand,Balram is a kind of person,who creates his own destiny.Nevertheless he reaches his destiny,but that was at the cost of Ashok's life..Balram concludes that this nightmare of crime remains there for the rest of his life.But most surprisingly,he was not guilty for what he has done.

Kill enough people and they put bronze statues to you near Parliament House in Delhi-But that is glory,and not what I am after.All I wanted was the chance to be a man-and for that,one murder was enough.

Its amazing.The moment you show cash,everyone knows your language.

A  few hundred thousand rupees of someone else's money,and a lot of hard work,can make magic happen in this country. (What a satire!!)

But I ask you who built Delhi in this crazy way ? Which geniuses were responsible for making F block come after A block and House Number 69 come after House Number 12 ? Who was so busy partying and drinking English liquor and taking their Pomeranian dogs for walks and shampoos that they gave the roads names that no one could remember ?

In this novel,there was a wide discussion over the still existing roots of feudalism in India and how it is dominating the present Indian politics.Author blames the Parliamentary democracy as responsible for the corrupted society..He focuses on the corruption in all government sectors including schools,hospitals and police department etc.He says the rich came from light and the poor from dark.We boast about the development in India in every possible aspect.But the people in slums are still fighting for livelihood and common needs.Surely a criminal like Balram will born in such society to fulfill his rights.The novel successfully discloses the youth crime in India and shortcomings of the democratic society.The novel would remain as a memorable work in literature.But it surely leave the readers in a confusion,whether to feel proud about the great award winning book or to be ashamed of the subject of the book that is 'Indian Corruption'.On a whole the book is a slap on Indian democracy..
Posted by A Homemaker's Utopia at 9:28 PM

I have the book but I haven't read it yet.. was wondering whether to read or not from the various mixed reactions I've got..Reading this review certainly helped me decide to read it.. ! Thanks !

Thank you so much Naba.:-) This book is not leaving me yet.And I'm a fan of Aravind now.

The way 'democracy' is defined in the Indian economy today, it's surely more than just a mere slap...it's something more brutal!!

Your thoughts on the book made it all really clear about the subject! Haven't read the book yet...I might give it a shot!

Totally agree with you.Thank you so much Kirti.Pls keep visiting..:-)

I read this book last year. I remember the scene where he goes to a brothel wanting a blonde and ends up finding someone with dyed hair. In the end the story left me confused about the character of the protagonist Balram. In some places I felt it was a bit exaggerated but yes definitely a slap on the social inequalities in some sections of India.

@ Jaish_vats,
Yeah,Balram's characterization is unique.A complicated personality deep inside but appears to be a boy next door with his innocent behaviour.Thanks a lot Jaish..:-)

I tried to read this book... but failed to go beyond a certain point, and it still remains a to be finished, or to be taken up some other time kind of book on my shelf!

Contending myself by reading the reviews :)

Liked the way you expressed your thoughts on the democracy..

@ Pinashpinash,
I'm glad you liked it.Thank you so much for dropping by.Pls keep visiting.:-)

A friend suggested this book to me recently... Reading your review is the final push... Great review BTW... :)

@ Fizz Genuine,
Thank you so much for dropping by..:-)

White Tiger is one of my favorite books. I have read it many times and i recommend it to everyone.

I enjoyed The White Tiger immensely. Its written well and the darkness in lives of the poor in India is portrayed without holding anything back. The character of Balram is presented in all its rawness.

One is struck dumb by the power of Adiga's story-telling style. But I am told his other book hasn't risen to this height.

Interesting review of the book.

Quite an interesting review!
I have come across this book (I mean the cover) so many times in book stalls of different railway stations during my journeys, but its appeal has always been half-seductive to hammer my wallet... but now I guess I'll give it a read!
:-)

@ Jayadevm,
Totally agree with you..:-)This is my first read from the author.Thank you Jayadev Sir..:-)

Thanks so much for your review, Nagini. I don't think I have ever read a review that taught me so much, and I think you should consider writing your own book....I must read this book now.

@ Aliasgarmukhtiar,
Thank you so much for dropping by..:-)

@ Panchali Jee,
Thanks a ton for your kind words Maa'm.I'm really glad you liked it..:-)


hmmm
there were times when I was fascinated, amazed when visiting a blog or website
because that will add insight and knowledge I course. thanks for nice post

really a very good review of the book, makes one feel weary about system and govt.

@ Gaston Castano,
Thank you so much for the valuable comment.Pls keep visiting..:-)

@ Menaka Bharathi,
Thank you so much for stopping by.Pls keep visiting.:-)

I have the ebook for this but hadn't started on it. I too have a bad feeling for most prize winner books. After your review, I think I can give it a try.

You have descried motif of the novel very well :)

Heard it as really grim novel. So haven't tried it till now. Got to read it next time.

@ Arun Prakash,
Thanks a lot for stopping by.Pls keep visiting..:-)

I have been searching for a wonderful review on adiga's book.Thankyou for writing this brilliant review.This is simply amazing....I have compared it with many other reviews.I felt that yours were the best.It was crisp and clear.I think this review would help me the most.Keep on writing...Wish you good luck.........!!!!!!

The book portrayed many stark and disturbing realities, but I was more disturbed by the message the book can potentially convey to the young impressionable readers.

@ Shiju Sugunan,
Hmm,Agree with your comment.Thanks a lot for your valuable feedback..:-)

truly a masterpiece by aravind adiga. i am looking forward to him. a bright talent to watch, this book is not for so called love story or fantasy loving people. this is a serious book on the struggle of a village boy. a picture of true india. a different writing style, new approach and great narration making it the best novel of past decade. no wonder it's a booker. thank god i read it.

@ Dosti SMS,
Agree with you.Thank you so much for your precious feedback...:-) 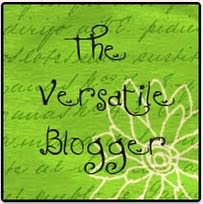